Pre Info: The 42nd match of the IPL 2020 will be played between the Delhi Capitals and Kolkata Knight Riders at the Sheikh Zayed Stadium, Abu Dhabi. Earlier when these two teams played against each other in Sharjah, the DC won the match by 18 runs. Shreyas Iyer and Prithvi Shaw played an innings of 88 and 66 respectively and then their bowlers sealed the victory over the KKR.

The Delhi Capitals are playing absolutely brilliant cricket this season and won 7 out of their 10 games. DC are sitting at the top of the points table and are one of the two teams to have 14 points. In their previous match, they failed to defend 165 against the KXIP and faced a 5 wickets defeat. However, Sikhar Dhawan scored his second century of the season.

On the other hand, Kolkata Knight Riders have played 10 games and won 5 of them. They played have their previous game against the RCB where their batting order totally collapses in front of RCB and only managed to score only 84 in their 20 overs. They are currently in the 4th position on the league table. 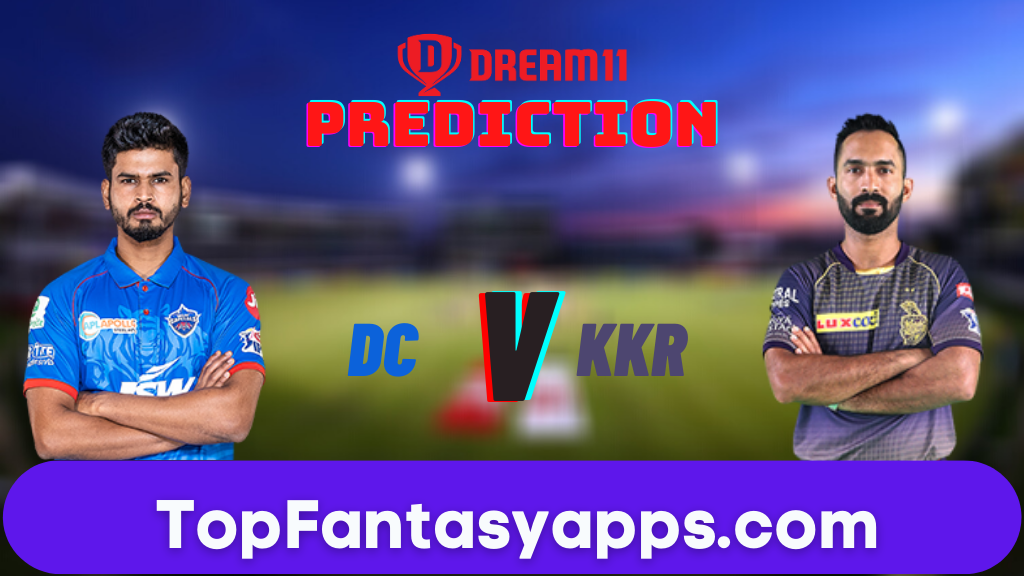 As we have seen the track in Abu Dhabi is slowed down and the batsmen need to spend some time before playing big shots. However, the pacers will get some initial swing and movement from the surface.

Total matches played at this venue: 14 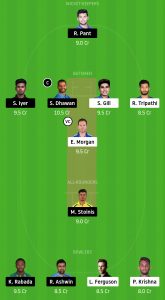 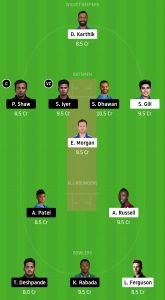 NOTE:-While selecting your team, consider the points and make your own decision and make sure to edit the team if there is some change after the toss when playing xi is announced. so taking the help from the above post, making KKR vs DC Dream11 Team Prediction