Pre Info: The 20th match of the Caribbean Premier League (CPL) will be played between Guyana Amazon Warriors and St Kitts & Nevis Patriots at the Brian Lara Stadium, Trinidad. Guyana Amazon Warriors have played their last match against Trinbago Knight Riders and faced a 7 wickets defeat in the game. They are currently at the 4th position on the points table with 2 wins and 4 losses.

On the other hand, St Kitts & Nevis Patriots also lost their previous match against The Zouks and currently, they are at the bottom on the points table. In the previous clash between these two teams, The Warriors won the match by 3 wickets. 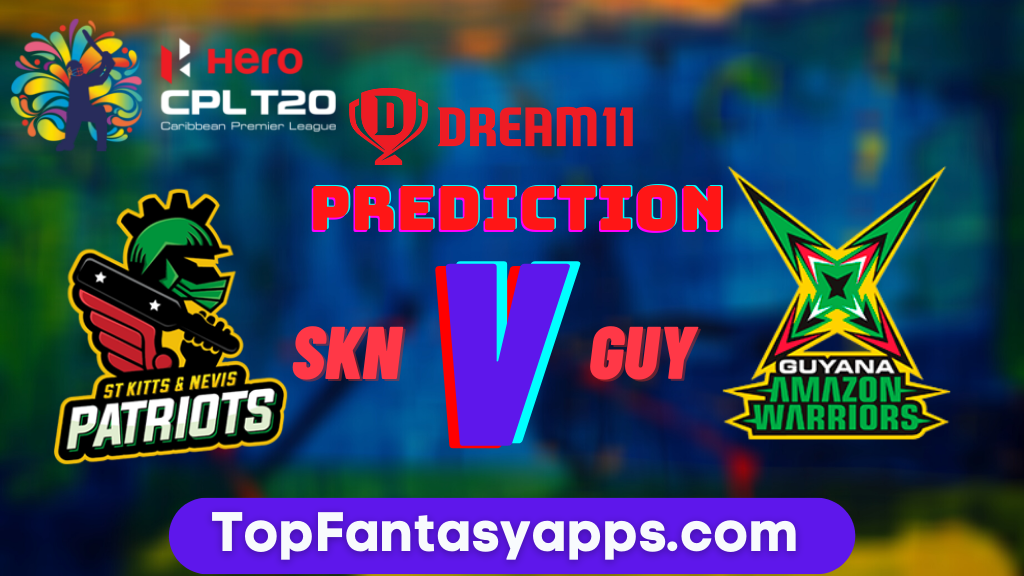 The track at the Queen’s Park Oval is offering a good amount of turn to the spinners and the batsmen are struggling to hit big shots. The pacers are also getting some swing from the surface. 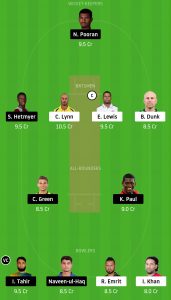 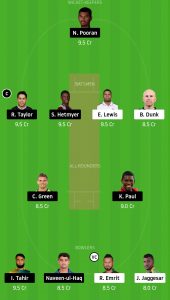 While selecting your team, consider the points and make your own decision and make sure to edit the team if there is some change after the toss when playing xi is announced. so taking the help from the above post, making GUY vs SKN Dream11 Team