HEA vs SIX Dream11 Team Pre Info: The 35th match of Big Bash League (BBL) will be playing between Sydney Sixers vs Brisbane Heat at the Carrara Oval, Queensland. In the previous encounter between these two teams, the Heat won the match by 4 wickets. 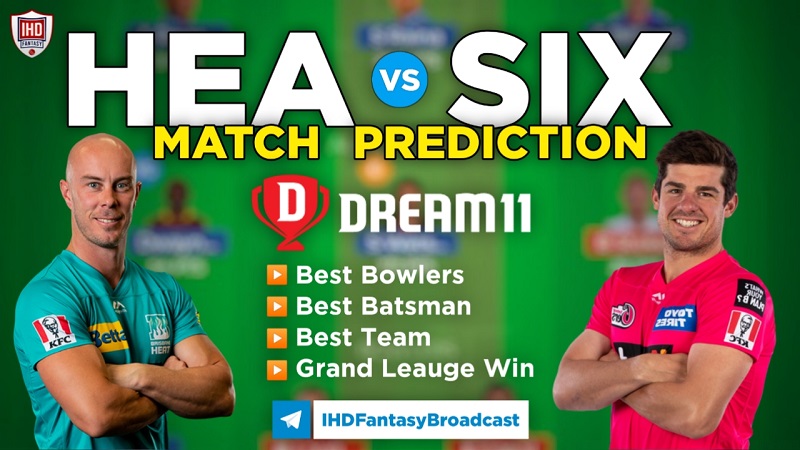 Sydney Sixers have been doing well this season and are in the 2nd position of the points table. They played 8 games so far and won 5 of them. Although, they faced a tough defeat in their previous match against Perth Scorchers. While chasing 186, most of their batsmen failed to score runs as a result they lost the match by a margin of 86.
On the other hand, Brisbane Heat has won 4 matches out of their 8 games and they are placed 6th on the league table. They have won their last three games and will be looking to continue their winning streak. In their previous match, they defeated the Melbourne Stars by 18 runs.

Head To Head Match Between SIX vs HEA = 13 times

The match will be played between Sydney Sixers vs Brisbane Heat at the Carrara Oval, Queensland.

The track at the Carrara Oval is expected to provide more assistance to batsmen than the bowlers. We can expect a score between 170-180 in the 1st innings. 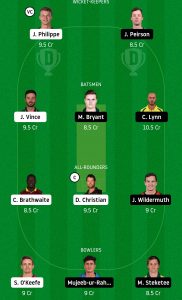 Team Of Skill Referral code: Sign Up & Get Rs 50 + Refer and Earn