Pre Info: The 32nd match of the Indian Premier League (IPL) 2020 will be played between Kolkata Knight Riders (KKR) and Mumbai Indians (MI) at the Sheikh Zayed Stadium in Abu Dhabi. Just a few days ago, the MI won the match by 49 runs against the KKR at the same venue.

The defending champion, MI are currently sitting at the top of the points table with 5 wins out of 7 games. MI has got the playing XI well-sorted at the moment and they are looking much more balanced in compared to their opponent KKR. In their previous match, they have defeated the DC, while chasing 163, de Kock and Surya Kumar Yadav both batted impressively and scored 53 both which ensured their 5th victory of the season.

On the other hand, Kolkata Knight Riders have also played 7 matches and won 4 of them. But they are still struggling to fix their batting order at the halfway of the league. In their last game against the RCB, they failed to chase down 192 in Sharjah and lost the match by a big margin of 82 runs. KKR are currently ranked fourth in the league table with 8 points. 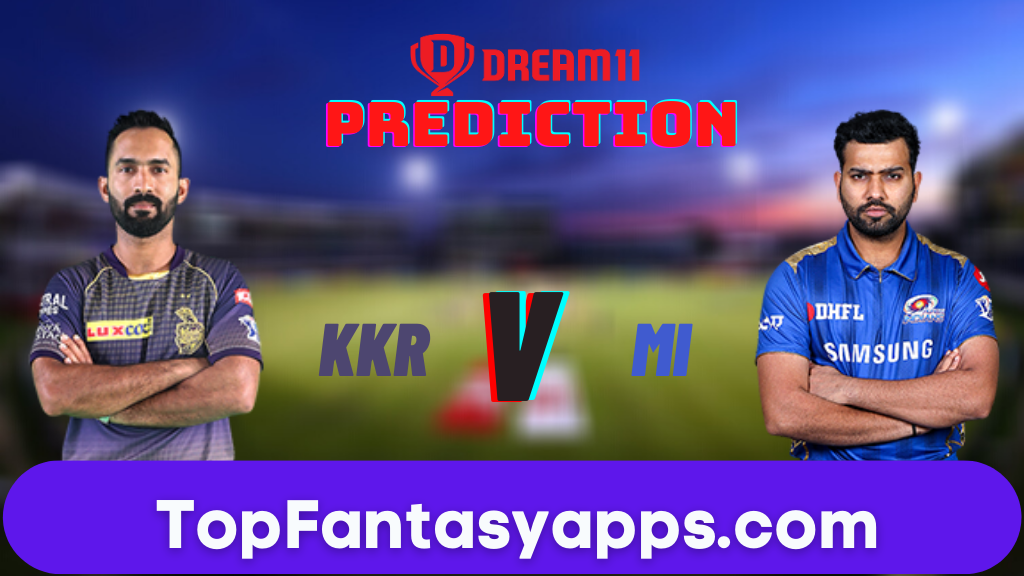 The pitch at the Sheikh Zayed Stadium has something for both batsmen and bowlers. However, the pacers will get some initial swing and movement from the surface.

Total matches played at this venue: 10 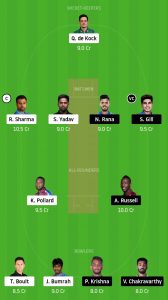 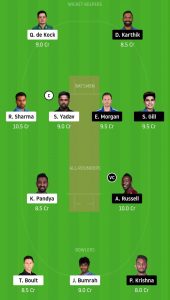 While selecting your team, consider the points and make your own decision and make sure to edit the team if there is some change after the toss when playing xi is announced. so taking the help from the above post, making KKR vs MI Dream11 Team Prediction