Pre Info: The 46th game of the ongoing IPL 2020 will be played between Kings XI Punjab and Kolkata Knight Riders at the Sharjah Cricket Stadium, Sharjah. In the previous encounter between these two teams in Abu Dhabi, the KKR finished on the top in a very close game against the KXIP.

This is a must-win game for both teams. The KXIP has 10 points after playing 11 games and a win for them can shuffle the whole points table. The team led by KL Rahul will be high on confidence because they have won their last four games in the league. KXIP are ranked 5th on the league table. In their previous game, they have defended a total of 127 against the SRH with an outstanding bowling performance.

On the other hand, the Kolkata Knight Riders have won 6 out of their 11 games and they are at the 4th position on the points table with 12 points. In their previous match, they have registered a comfortable victory against one of the best teams of the league Delhi Capitals. Nitish Rana and Sunil Narine played an inning of 81 and 64 respectively and later Varun Chakravarty took 5 wickets to seal their 6th victory of the season. 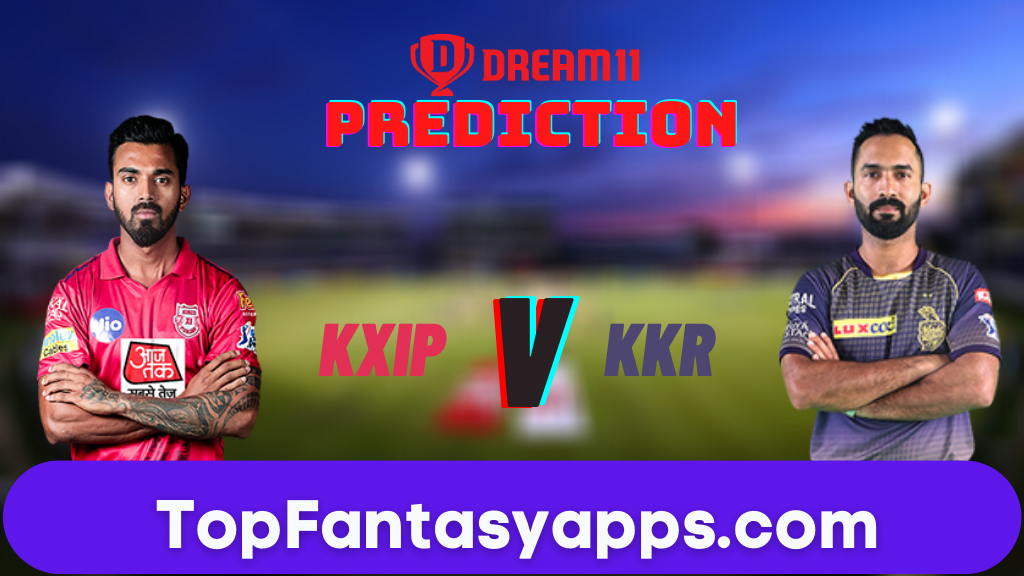 The track at the Sharjah Cricket Stadium is usually good for the batsmen with short boundaries. However, in the last few matches, the pitch slows down and the batsmen are struggling to hit big shots. The pacers will get a good amount of assistance from the wicket.

Total matches played on this ground: 9 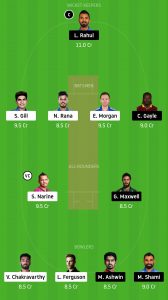 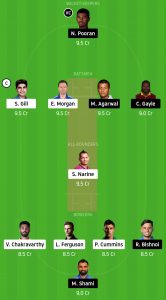 While selecting your team, consider the points and make your own decision and make sure to edit the team if there is some change after the toss when playing xi is announced. so taking the help from the above post, making KKR vs KXIP Dream11 Team