Pre Info: The 3 1st match of the Indian Premier League (IPL) 2020 will be played between Kings XI Punjab (KXIP) vs Royal Challengers Bangalore (RCB) at the Sharjah Cricket Stadium, Sharjah. In the previous encounter between these two teams, the KXIP won the game by a margin of 97 runs in Dubai.
The RCB have played seven games so far and won five of them. They are coming into this game after winning back to back matches. In their previous game against KKR, AB de Villiers played an innings of 73 runs in just 33 balls to take his team score 194, and their bowlers ensured their 5th victory of the season. RCB are currently at the 3rd position on the points table with 10 points.

On the other side, the KXIP are struggling at the moment and they are at the bottom of the league table with only one win. In their previous match, they have lost the game after coming so close to victory against the KKR. While chasing 164, KL Rahul and Mayank Agarwal played an innings of 74 and 56 but unfortunately, they lost the game by just 2 runs. With this defeat, they have lost their last five consecutive games in the league and will be looking to get their momentum back. 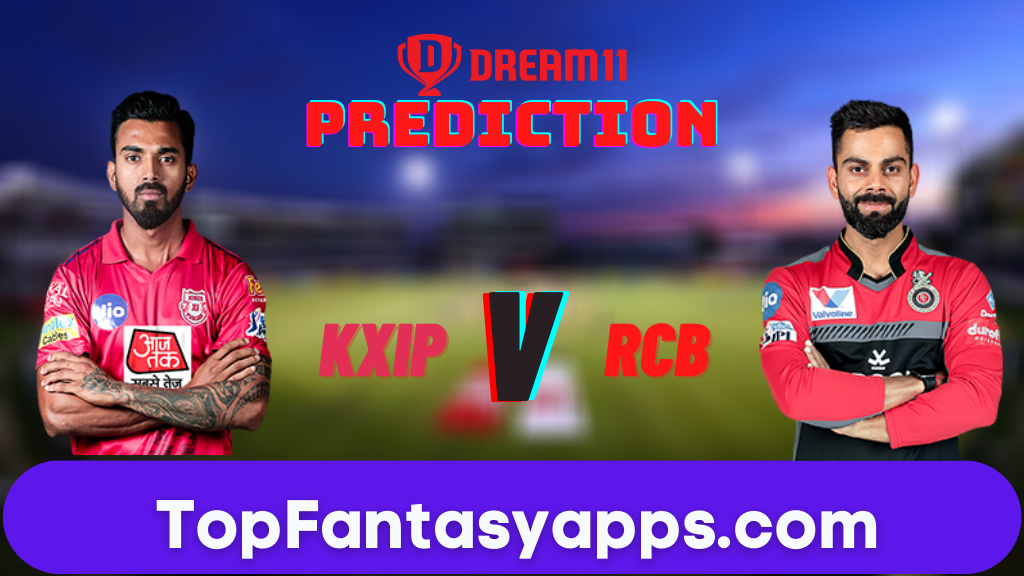 The track at the Sharjah Cricket Stadium is slowing down as the tournament progressing and batsmen are struggling to hit big shots. The team winning the toss will look to bat first as far as trends of the tournament are concerned.

Total matches played on this ground: 6 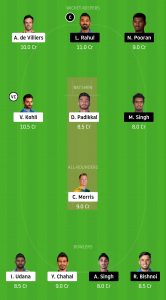 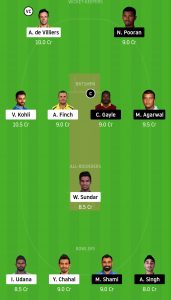 While selecting your team, consider the points and make your own decision and make sure to edit the team if there is some change after the toss when playing xi is announced. so taking the help from the above post, making RCB vs KXIP Dream11 Team