Pre Info: The 33rd game of the Indian Premier League (IPL) 2020 will be played between Royal Challengers Bangalore and Rajasthan Royals at the Dubai International Cricket Stadium, Dubai. In the previous encounter between these two teams, the RCB won the match by 8 wickets. Skipper Kohli and Devdutt Padikkal both scored their half-century to get a win over RR.

The Rajasthan Royals after winning their first two games of the season lost four consecutive matches. Then they had made a comeback against the SRH and won the match by 5 wickets. In their previous game, they failed to chase down 162 in against the DC and again faced a defeat. Their biggest concern is that their top-order batsmen are not scoring. Although, they have some big names in their team like Ben Stokes, Joss Butler, and skipper Smith. RR are currently ranked 6th in the league table with 3 wins and 5 losses.

On the other hand, the Royal Challengers Bangalore have played 8 games and won 5 of them. They are currently at the 3rd spot on the points table. The team is looking much more balanced in this season than the previous years. RCB have played their last match against the KXIP, where they lost the game in the final over of the match. 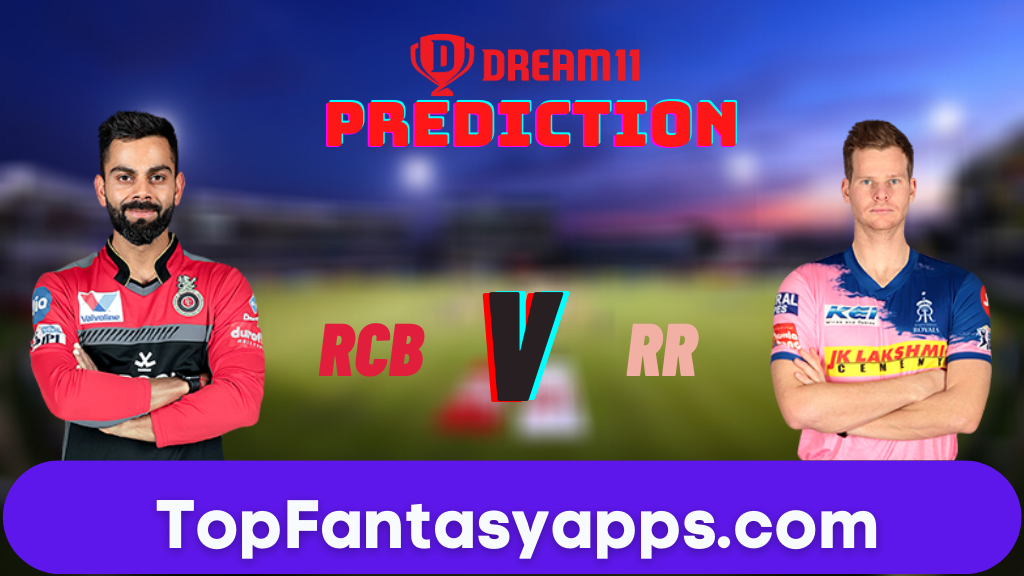 The track at the Dubai International Cricket Stadium is slowing down as the tournament progressing. The batsmen are struggling to score runs in the last few matches. Both teams after winning the toss should look to bat first as chasing is quite difficult at this venue.

Total matches played on this ground: 14 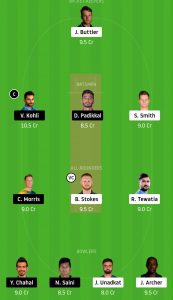 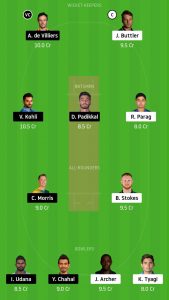 While selecting your team, consider the points and make your own decision and make sure to edit the team if there is some change after the toss when playing xi is announced. so taking the help from the above post, making RR vs RCB Dream11 Team Prediction