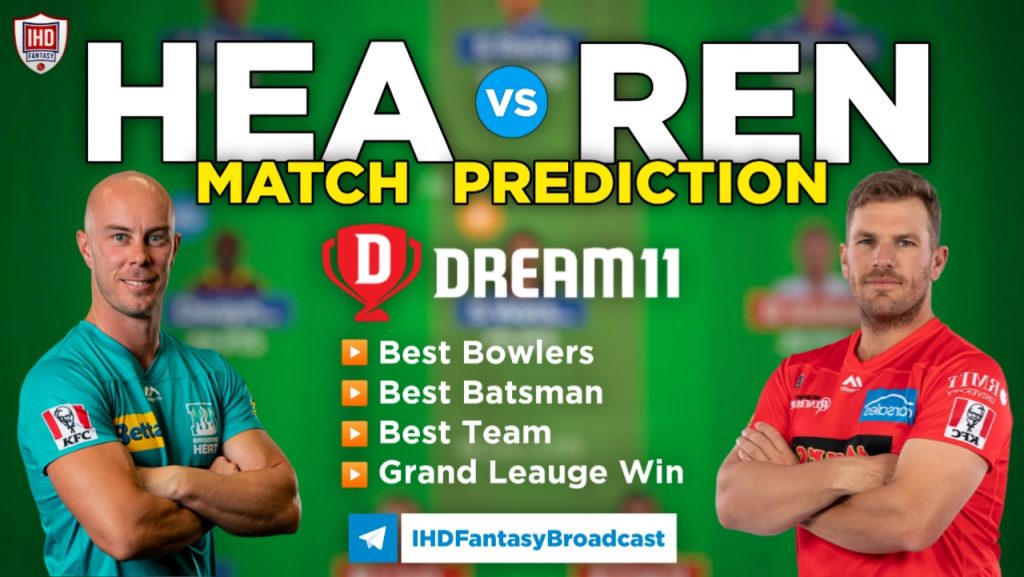 Talking about previous performances, Brisbane Heat have played 12 matches till now in this tournament in which they won 5 games.They lost their previous match against Adelaide Strikers by 82 runs. Their batting order is not performing well from past 2 matches. Brisbane needs to win their upcoming matches in order to maximize their chances in Top 4.

On the other hand, Melbourne Renegades have also played 12 matches in this tournament. In which they won only 3 matches. They won their previous match against Melbourne Stars by 5 wickets. Harper and Harvey played very well and scored 39 and 47 runs respectively. Although, It’s over for Renegades to qualify in knock-outs but still they’ll try to win their upcoming matches.

The pitch at the Docklands Stadium is generally good for the batsmen in the first innings. However, the fast bowlers will get some initial pace and bounce from the surface. The team after winning the toss is expected to bat first.

While selecting your team, consider the points and make your own decision and make sure to edit the team if there is some change after the toss when playing xi is announced. so taking the help from the above post, making HEA vs REN Dream11 Team Prediction