Pre Info: The 30th game of the IPL 2020 will be played between Rajasthan Royals and Delhi Capitals at the Dubai International Cricket Stadium, Dubai. Just a few days ago when both these teams met, the DC won the game by 46 runs.

The Delhi Capitals have won five out of seven games and currently sitting at the second position on the points table. They started their campaign with a super over win against the KXIP and then defeated CSK in their second game. They faced a defeat vs SRH, but then the team made a strong comeback by winning three consecutive matches in the league. In their previous game against the MI, they have lost the match by 7 wickets. For DC, Sikhar Dhawan played a knock of 69 runs and Rabada took 2 wickets in the match.

On the other hand, Rajasthan Royals after starting their journey with two victories at Sharjah. But then the team struggled in their next four games and faced defeats in all encounters. However, in their previous match, they have won against the SRH by 5 wickets. They need to fix their top-order because after the first two games they are not scoring runs. RR are currently ranked 6th in the league table with 6 points 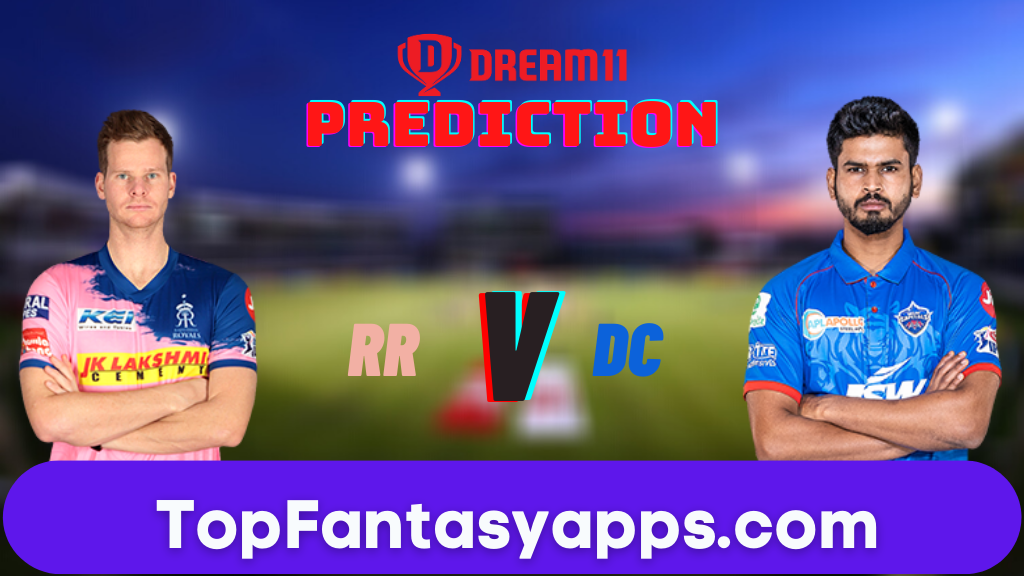 The track at the Dubai International Cricket Stadium is slowing down as the tournament progressing. The batsmen are struggling to score runs in the last few matches. Both teams after winning the toss should look to bat first as chasing is quite difficult at this venue.

Total matches played on this ground: 13 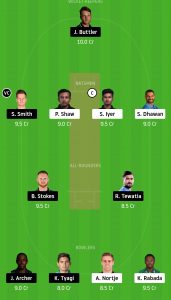 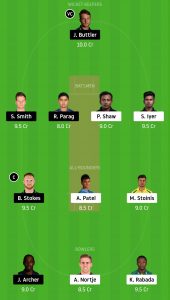 While selecting your team, consider the points and make your own decision and make sure to edit the team if there is some change after the toss when playing xi is announced. so taking the help from the above post, making DC vs RR Dream11 Team