SIX vs SCO Dream11 Team Pre Info: The final match of the Big Bash League (BBL) will be played between Sydney Sixers vs Perth Scorchers at  Sydney Cricket Ground. 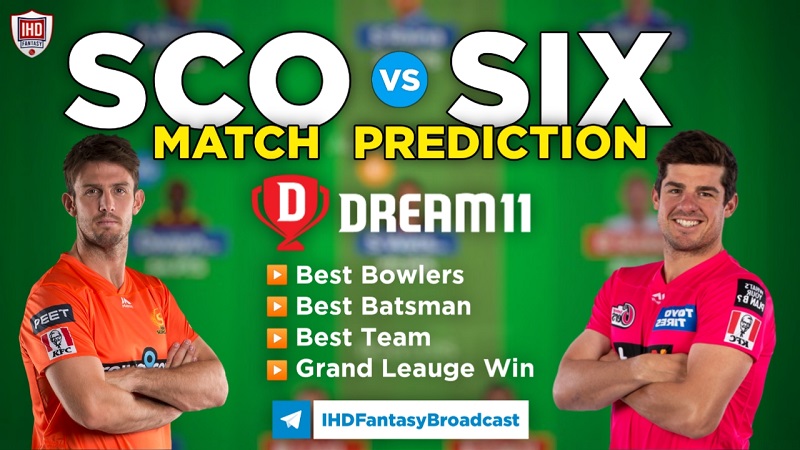 After 56 league matches and 4 playoff games, we have found the top two teams of the season. Both teams topped the points table after the league stages and already faced each other in the qualifier match where Sixers defeated the Scorchers and sealed their position for the final.

On the other hand, Perth Scorchers after losing the first opportunity they got another chance as they finished 2nd on the league table. In Challenger, in a rain-interrupted match, they register their name for the final by winning the match against Brisbane Heat.
Both teams have some quality players who performed throughout the tournament and it will be interesting to see which team lifts the trophy of BBL 2020-21 by winning this match.

Head To Head Match Between SIX vs SCO = 19 times

The match will be played between Sydney Sixers vs Perth Scorchers at Sydney Cricket Ground, Sydney.

The pitch at Sydney Cricket Ground is generally good for the batsmen and a high-scoring game is expected in the final. However, the pacers will get some initial movement from the wickets. Teams may look to bat first after winning the toss. 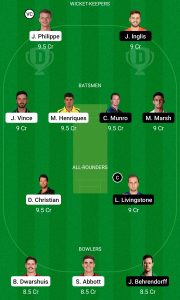