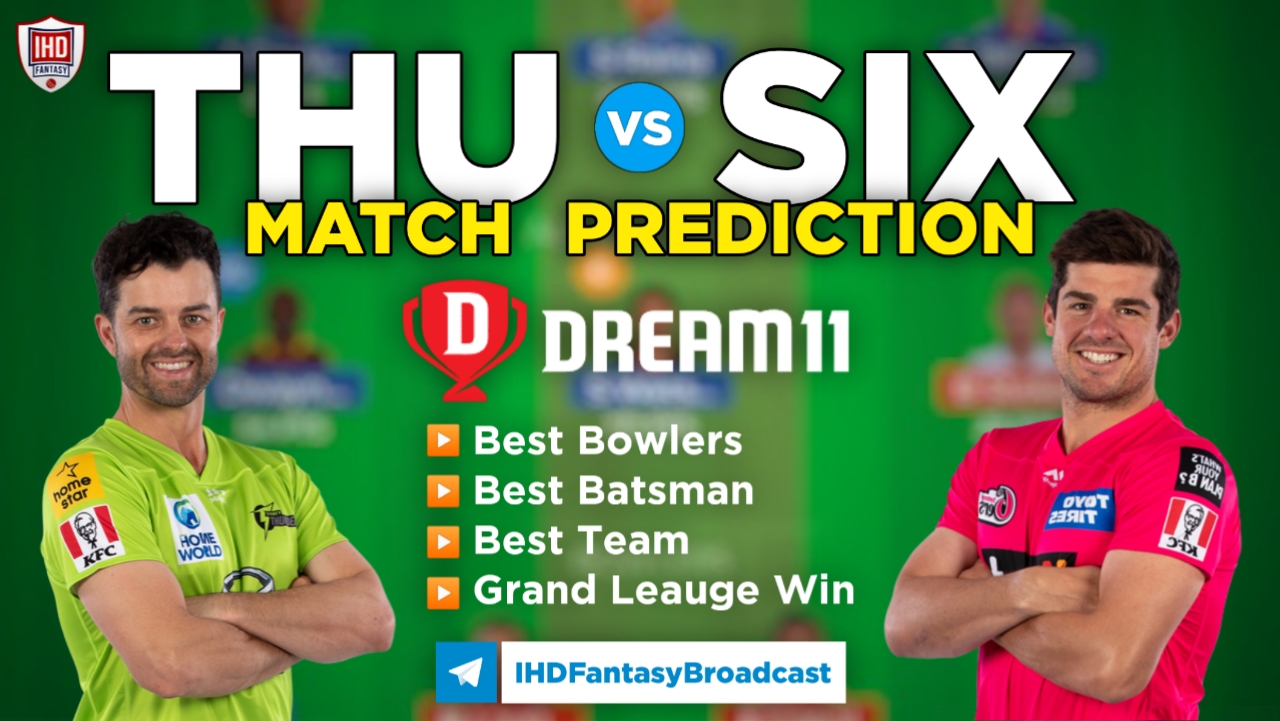 Talking about previous performances, Sydney Sixers is the top performer of the tournament and dominated this season very well. They have played 11 matches till now in which they have 8 wins. They won their previous match i.e against Perth Scorchers by 7 wickets. Josh Philippe and James Vince played very well and scored 84 and 52 runs respectively.

On the other hand, Sydney Thunder have played 11 matches so far in this tournament and won 6 games till now. They lost their previous match i.e against Hobart Hurricanes by 6 wickets. Sam Billings played very well and scored 50 runs.

The track at the Adelaide Oval is generally good for the batsmen in the first innings. However, the fast bowlers will get some initial pace and bounce from the surface. The team after winning the toss is expected to bat first.

While selecting your team, consider the points and make your own decision and make sure to edit the team if there is some change after the toss when playing xi is announced. so taking the help from the above post, making SIX vs THU Dream11 Team Prediction