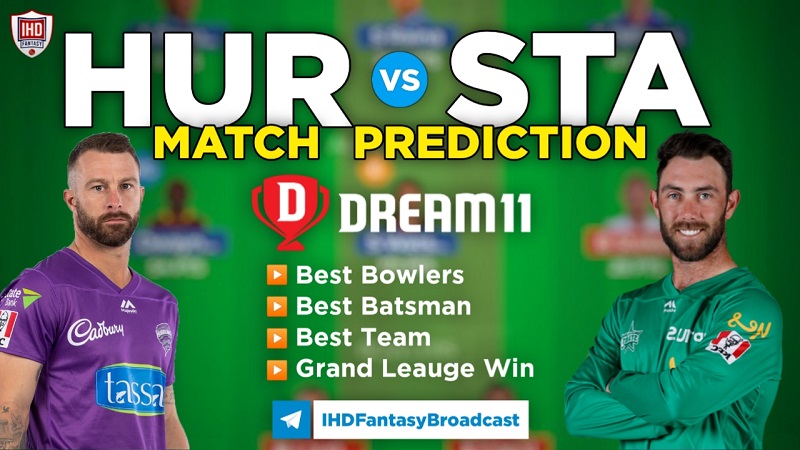 Talking about performances, Hobart Hurricanes have played 7 matches till now in which they have won 5 matches. Hobart Hurricanes performing quite well till now. They won their previous match against Melbourne Stars by 21 runs. D Malan played very well and scored 75 runs. Whereas bowlers did also great job as they dump Stars at the score of 143. S Boland took 3 wickets and he was the player of the match.

On the other hand, Melbourne Stars have played 6 matches till now in this tournament in which they managed to win only 2 games. They lost their previous match against Hobart Hurricanes by 21 runs. It seems that, their top order is facing some issues they are failing continuously to score runs. Glenn Maxwell somehow managed his team and scored alone 70 runs in the previous match but still he couldn’t made his team victory. Melbourne Stars need to work hard on their batting order.

Head To Head Match Between STA vs HUR = 14 times

The match will be played between Melbourne Stars vs Hobart Hurricanes at The Gabba, Brisbane

Weather Conditions in The Gabba, Brisbane: