Pre Info: The 11th match of the Caribbean Premier League (CPL) between Barbados Tridents and St Kitts and Nevis Patriots will be played at the Queen’s Park Oval, Trinidad. Barbados Tridents have won only one game so far out of their three matches and they are in the 5th position on the points table.

On the other hand, Patriots have played three games so far and lost all the matches in the tournament. They are currently at the bottom of the points table. The last two teams on the points table will be playing against each other in the 11th of the league. 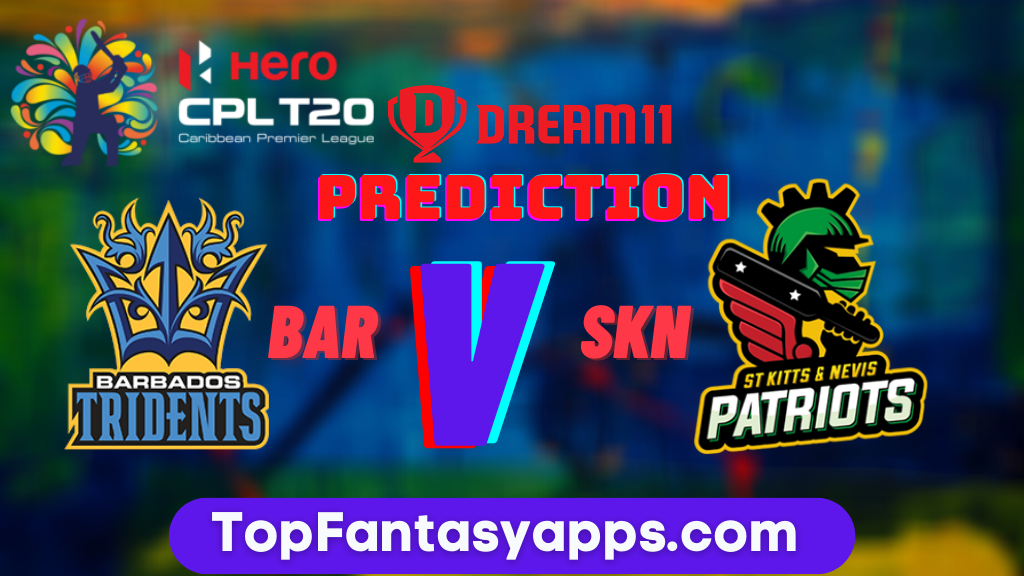 The venue of CPL has shifted to the Queen’s Park Oval after 10th match of the Tournament. The track at the Queen’s Park Oval is expected to be neutral for both batsmen and bowlers. The pacers will get some amount of swings and bounce from the pitch as far as previous records are concerned. 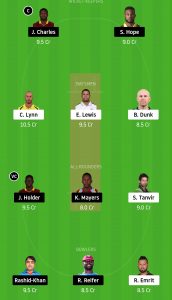 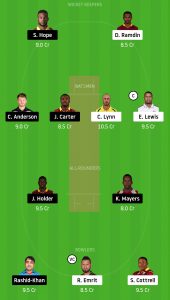 While selecting your team, consider the points and make your own decision and make sure to edit the team if there is some change after the toss when playing xi is announced. so taking the help from the above post, making BAR vs SKN Dream11 Team