Pre Info: The 25th match of the Pakistan Super League will be played between Quetta Gladiators and Multan Sultans in Gaddafi Stadium, Lahore. Multan Sultans currently sitting top at the points table with five wins out of their 7 matches. On the other hand, Quetta Gladiators are currently placed bottom in the points table with three wins out of their 8 matches.

The 25th match of the PSL will be played between Quetta Gladiators and Multan Sultans.

QUE vs MUL pitch report for today’s match. The track at Gaddafi Stadium expected to offer a good battle between bat and ball.

QUE vs MUL weather report for today’s match. According to the report, there is a chance of rain. The temperature will hover between 13 and 20 Degree celsius. 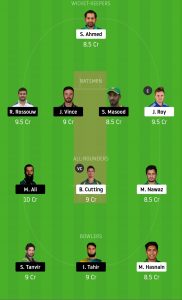 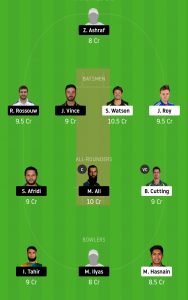