HEA vs THU Dream11 Team Pre Info: The Knockout of the Big Bash League (BBL) will be played between Sydney Thunder and Brisbane Heat at the Manuka Oval, Canberra. Both the teams won a match against each other on the league stage. 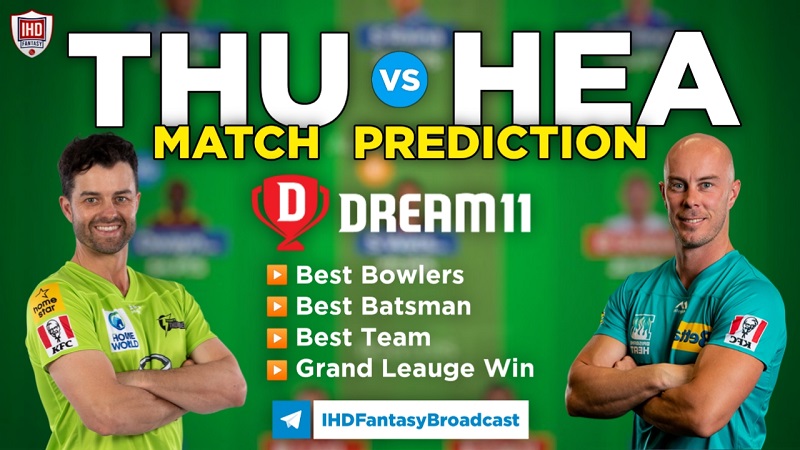 Sydney Thunder has played some excellent cricket this season and finished 3rd on the league table. They won 8 from their 14 games on the league stage. But now, it’s Knockout they have to beat two teams to register their name for the final. In their recent match, they have defeated the Adelaide Strikers. They successfully chased down a total of 115 with 9 wickets in hand on a rain-interrupted match to secure their 8th victory of the season.

On the other hand, Brisbane Heat has defeated the Adelaide Strikers in the Eliminator by 6 wickets. With this win, they have registered three consecutive wins in their last three games which will surely boost their confidence for this match. In their last game, they have restricted the opponent to a score of 130, and after that, their batsmen chased it down in 19 overs to register a comfortable victory.

Head To Head Match Between THU vs HEA = 12 times

The match will be played between Sydney Thunder vs Brisbane Heat at the Manuka Oval, Canberra

The pitch of this ground is expected to be neutral for both batsmen and bowlers. The team after winning the toss may look to bowl first as we have seen in the Eliminator.