Pre Info: The 2nd Test of the two-match Test series between Bangladesh and West Indies will be played at the Shere Bangla National Stadium, Dhaka.

After facing a clean sweep in the ODI series, West Indies made a strong come back in the longest format of the game by defeating the host.
In the first test, Bangladesh won the toss and decide to bowl first, and scored a huge total of 430 runs. But in the second inning, the team missed the service of allrounder Shakib Al Hasan which cost them and could only set a target of 395.

West Indies with the help of debutant Kyle Mayers’s 210 runs inning chased down the target and took a lead in the series. The momentum is with visitors but Bangladesh will have the home advantages, and it will be interesting to which team will win the last match. 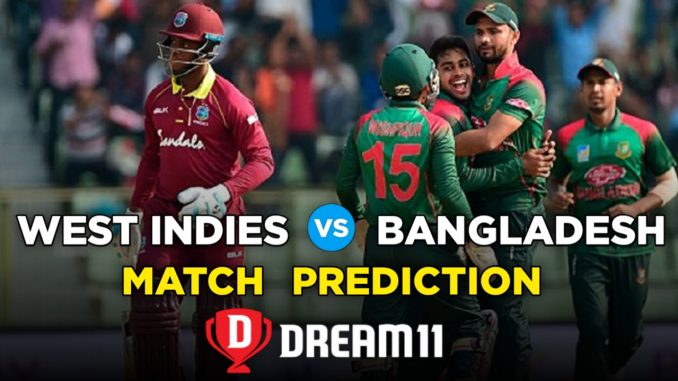 The track at the Shere Bangla National Stadium is expected to more assistance to batsmen than bowlers. However, the spin bowlers might come into play in the second part of the match. 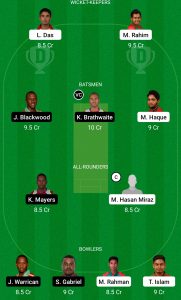 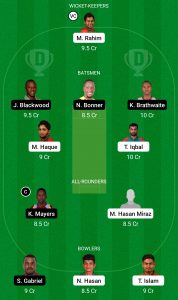 While selecting your team, consider the points and make your own decision and make sure to edit the team if there is some change after the toss when playing xi is announced. so taking the help from the above post, making BAN vs WI Dream11 Team Prediction