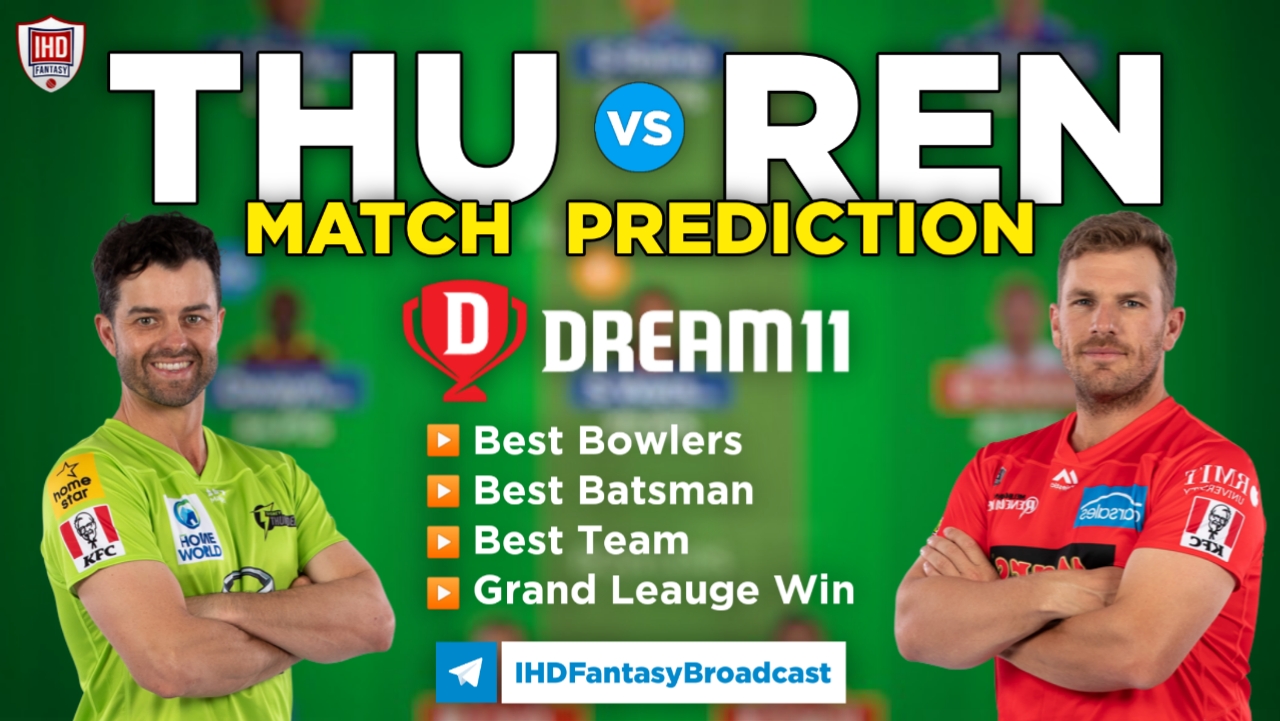 On the other hand, Sydney Thunders also have played 5 matches till now in which they have won 4 matches. Thunders are in great form and won their previous 4 matches back to back. They won their previous match against Melbourne Stars by 75 runs. Alex Hales played brilliant innings of 71 runs in just 29 balls in that match. They showcased their strong batting order in this tournament.

Weather Condition at the Carrara Oval,Queensland

The pitch at the Carrara Oval is expected to be good for the batsmen. However, the pacer will get some initial swings and bounce from the wickets. The captain winning the toss will look to bat first as far as conditions are concerned.

While selecting your team, consider the points and make your own decision and make sure to edit the team if there is some change after the toss when playing xi is announced. so taking the help from the above post, making THU vs REN Dream11 Team