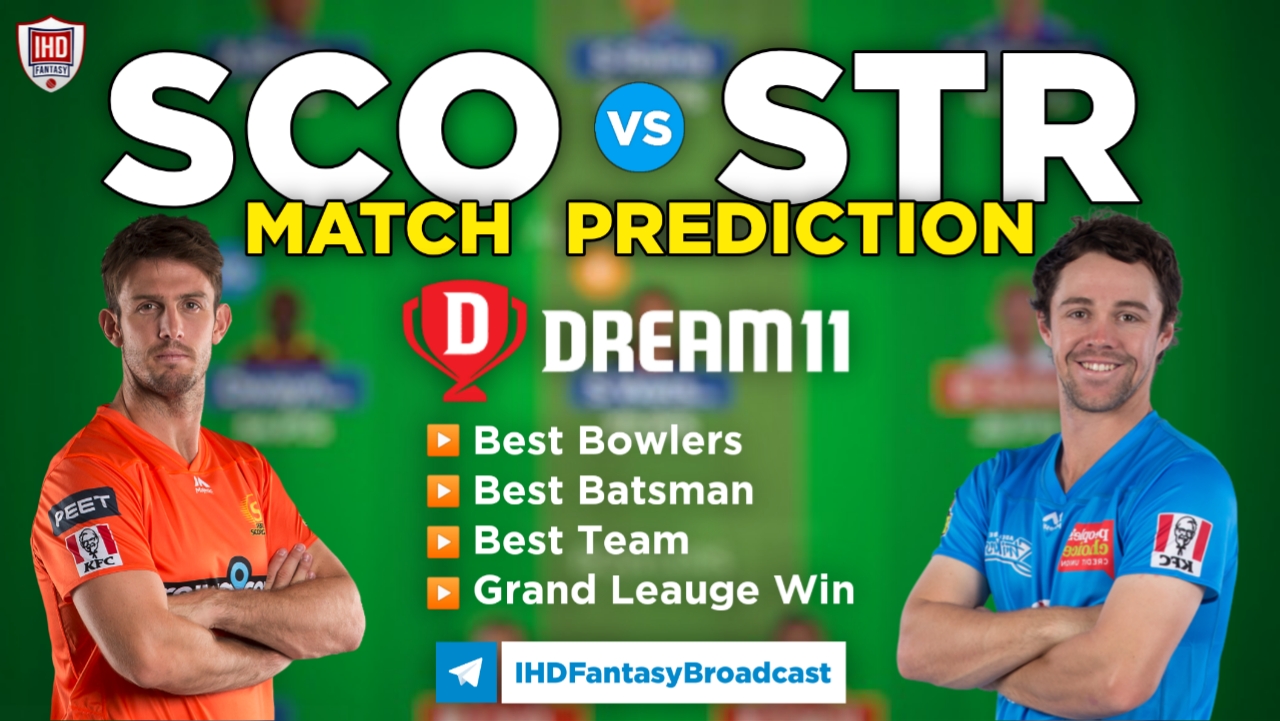 Talking about performances, Perth Scorchers have played 4 matches till now in this tournament in which they weren’t able to win 1 match. They are still looking for their 1st winning match. They lost their previous match against Adelaide Strikers by 71 runs.. SCO needs to improve their batting order otherwise it gonna cost them even more in upcoming matches.

On the other hand, Adelaide Strikers have played 5 matches till now in which they have won 3 matches. STR won their previous 2 matches back to back and is in good form. They won their previous match against Perth Scorchers. Rashid Khan was the man of the match. He scored 29 runs and took 2 crucial wickets. They are in much better condition than Scorchers. It won’t be easy for Scorchers to beat them

The pitch at the Adelaide Oval is usually good for the batsmen as far as last BBL season is concerned. The same is expected for this match also as this will be the first game at this venue.

While selecting your team, consider the points and make your own decision and make sure to edit the team if there is some change after the toss when playing xi is announced. so taking the help from the above post, making SCO vs STR Dream11 Team Prediction