Pre Info: The 29th game of the ongoing Indian Premier League (IPL) 2020 between Chennai Super Kings and Sunrisers Hyderabad will be played at the Dubai International Cricket Stadium. Just a few days ago at the same venue, the SRH defeated the CSK by 7 wickets. For SRH, Priyam Garg top-scored as he played a knock of 51 runs.

The CSK seems out of form in this season as they have only managed to won two games out of 7 matches. After starting their campaign with a win against the MI, they lost three consecutive games. However, they bounced back with a solid performance against the KXIP, and their openers Watson and Faf had ensured the second victory of the season. But again in their previous game, they failed to chase down 169 against the RCB and faced defeat by 39 runs. CSK are currently ranked in the 7th position on the points table.

On the other hand, Sunrisers Hyderabad are in a slightly better position in the tournament compared to their opponent CSK. They have won three out of their 7 games so far. In their previous encounter against the RR, the team couldn’t hold their nerves in last over a thrilling match and lost the game after coming close to victory. SRH are at the 5th position on the league table with 6 points. 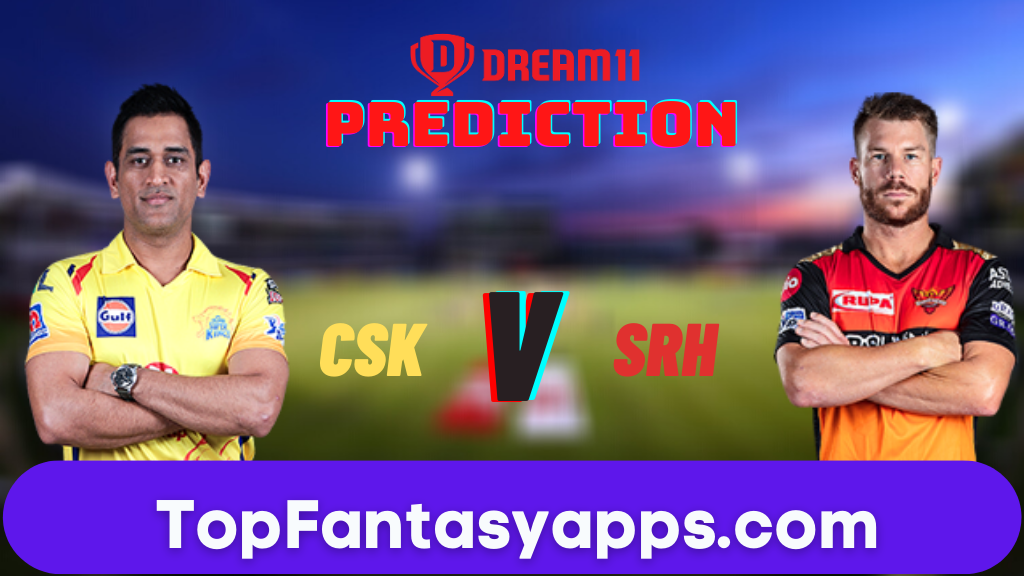 The track at the Dubai International Cricket is expected to be neutral for both batsmen and bowlers. However, the batsmen need to spend some time in the middle before playing big shots. The teams after winning the toss should look to bat first.

Total matches played at this venue: 12 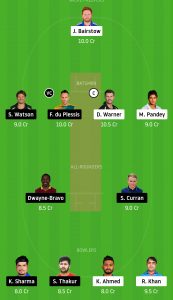 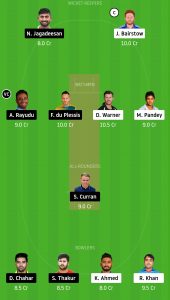 While selecting your team, consider the points and make your own decision and make sure to edit the team if there is some change after the toss when playing xi is announced. so taking the help from the above post, making SRH vs CSK Dream11 Team